The exhibition represents the HERITAGE OF FUTURE GENERATIONS, and in these uncertain times of our rapidly changing world. It is our obligation as steward of our planet to do everything possible to PRESERVE AND PROTECT THESE INVALUABLE WILDERNESS REGIONS.

It was a privilege to premiere our Elysium Epic Trilogy in Singapore on 15 August 2019, and we are pleased to report that the response was overwhelmingly positive and gave us much reason for hope. Like many great endeavors, Elysium began with a dream. It was a dream to call upon the masters to be in one place together, to share their artistic and scientific interpretations of the natural world in ways that could connect with the hearts and minds of anyone and everyone, inspiring understanding and protection for our blue planet. And so was born the idea of a project, a project to be a legacy: Elysium Epic.

The mission of Elysium Epic is to combine the power of art and science to inspire love and greater care for our natural world. In the words of Dr Sylvia Earle, “Elysium expeditions go beyond traditional ocean explorations by enlisting scientists, musicians and other artists to use their combined powers of precision, discipline, vision and sensitivity to bring ocean issues to the attention of people globally, to inspire them to cherish Earth’s natural wonders.”

As is traditionally the case with all Ocean Geographic Society endeavours, the efforts in Singapore were collaborative in nature. Our principal partners in this public exhibition and symposium were City Developments Limited, Rolex Singapore, Shaw Theatres, and the Earth Observatory of Singapore at Nanyang Technological University (NTU).

The Elysium Epic Trilogy exhibition opened on 15 August in the foyer of Lido Theatres (Shaw) and ran until 1 September. This exhibition featured the finest selection of images from the three Elysium expeditions to the Antarctic, Arctic and Coral Triangle, and was meant to serve as a catalogue of our precious natural world. The photos represent the heritage of future generations, and in these uncertain times of our rapidly changing world, it is our duty to do everything possible to preserve and protect these invaluable wilderness regions. As Michael AW, project founder, explains, “The exhibition is a showcase of the most inspiring pictures of our planet by some of the world’s best artists and photographers”. Gemma Ward of the Natural History Museum, UK specially curated this image collection to best convey the gravity of what we stand to lose if we choose to continue our business as usual practices. The set of three limited edition books from the expedition was also launched at the Singapore premiere.

After a day of media interviews and press appearances, opening night on the 15th kicked off with food and drinks in the Lido foyer, followed by the ceremonial exhibition ribbon cutting, and first official walk through of the photo exhibit. It all culminated in a series of talks in one of the IMAX theatres entitled: Faces of Global Warming. This session takes the audience to the frontlines of climate change, invites them behind the scenes, and showcases short films produced from the expeditions.

It included an introduction by Howard Shaw, keynote by Dr Sylvia Earle, as well as presentations by industry experts and scientists. Headlining the event was Michael AW, Founder of Elysium Epic and Ocean Geographic; principal photographers for Elysium Epic David Doubilet and Jennifer Hayes of National Geographic; Chair of the Asian School of the Environment at NTU and Principal Investigator of the Earth Observatory of Singapore, Professor Ben Horton; and Elysium Arctic project manager and Science Editor of Ocean Geographic, Alex Rose. They covered topics ranging from coral bleaching to thawing permafrost to sea level rise and stayed long after the program was finished to talk with guests and supporters.

The next day began the same way as the previous one, but this time was followed by a visit to Singapore’s world-renowned Nanyang Technological University to engage with students and staff members. This part of the afternoon organically gave way to a symposium hosted by the Earth Observatory of Singapore at NTU called Melting Ice & Plastic Seas. The sessions opened with remarks from Esther An, Chief Sustainability Officer of CDL, a woman who works tirelessly to advocate for green building practices and serves as a model officer for similar companies all over the world. Also presenting was Sam Shu Qin, who participated in the 2018 Elysium: Heart of the Coral Triangle expedition as a winner of the CDL E-Generation Challenge. This is an annual competition organized by CDL, in partnership with GGEF and OCBC Bank Singapore, to encourage and empower youths to come up with solutions for climate change. Winners of the Challenge are awarded a chance to participate in high profile expeditions to learn from the best climate explorers and scientists in their fields.

Another moving and inspirational keynote was given by Dr Earle after a heart-warming introduction by career-long admirer and fellow scientist, Professor Ben Horton. Then an hour-long panel discussion was moderated by Alex Rose featuring Sylvia Earle, Michael AW, Jennifer Hayes, David Doubilet, and Ben Horten, followed by Q&A.

The last event of the evening was a cocktail party filled with food as satisfying as the conversations. It was at this time that Dr Earle was inducted into the Earth Observatory of Singapore’s Scientific Advisory Board. Other highlights included the announcement of Mission Blue’s HOPE SPOT in Singapore, and the introduction of DEEP HOPE, Dr Earle’s next exploration project for the deep ocean. All parties involved were incredibly excited by the newly forged connection between NTU and our planet’s most vocal ocean advocate, and we think the next year will prove to be a pivotal one in Singapore’s future of ocean exploration and leadership in sustainable marine initiatives.

We look forward to sharing the Elysium Epic Trilogy all over the world, inspiring care, conservation, and action in our wake. Deepest thanks to our partners, expedition members and supporters; we wouldn’t be where we are today without each one of you. 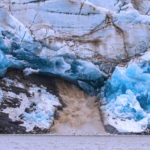 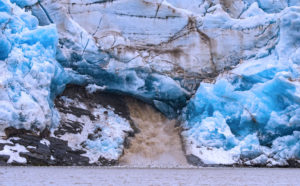 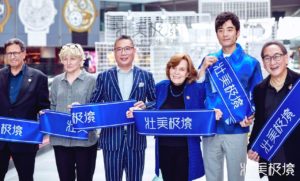