In this time of climate crisis, Antarctica is the big icy elephant in the room: often overlooked, but far too large to ignore. This southern continent holds enough land ice to raise global sea levels by more than 60 metres if melted– imagine a submerged New York City, San Francisco, Tokyo, Shanghai, Singapore, Maldives. We are already seeing signs of trouble. Scientists have long known that the Antarctic ice sheet has physical tipping points, beyond which ice loss can accelerate out of control. 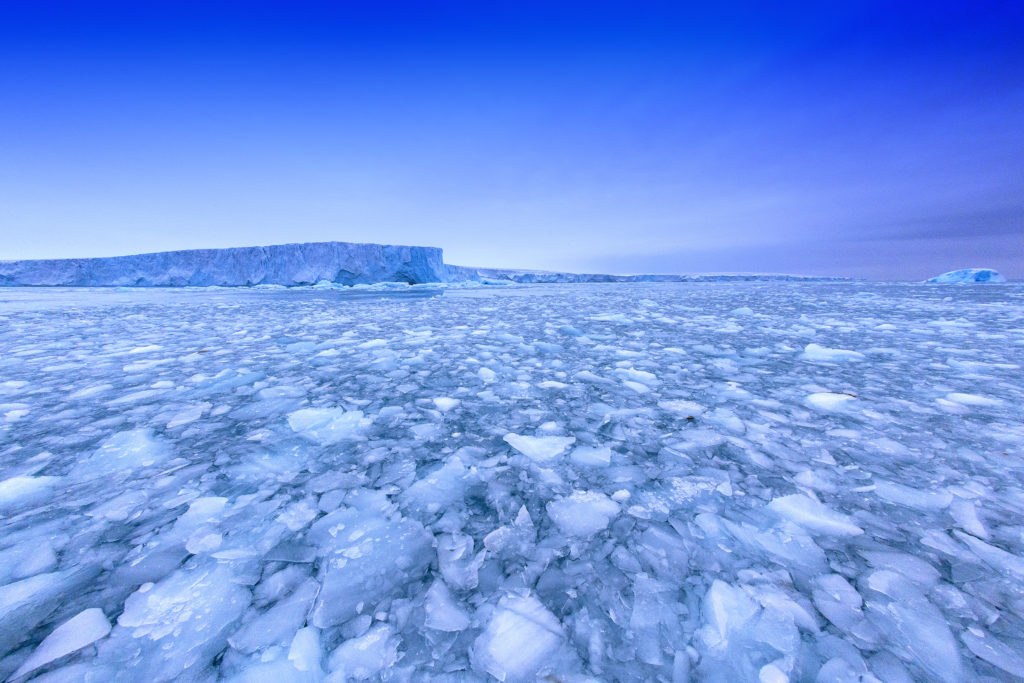 Concerns about the climate crisis mostly focused on the Arctic, bleaching coral reefs around the globe, fires in the Amazon, Australia, and California.  Mostly neglected are  changes in the Antarctic that pose a looming threat to 40% of the global population with consequences to people everywhere.

According to a new study published in the journal, Nature, Antarctica is on track for a climate tipping point by 2060 (around the time today’s primary school children will be raising their families), with catastrophic melting if current carbon emissions are not reduced swiftly, coupled with vital actions to restore and protect vital natural carbon-capturing systems. The research shows Antarctica may force a reckoning between the choices of countries to make today about greenhouse gas emissions and the future survival of their coastlines and coastal cities, from New York to Shanghai. This estimate is coming much sooner than everyone realizes. 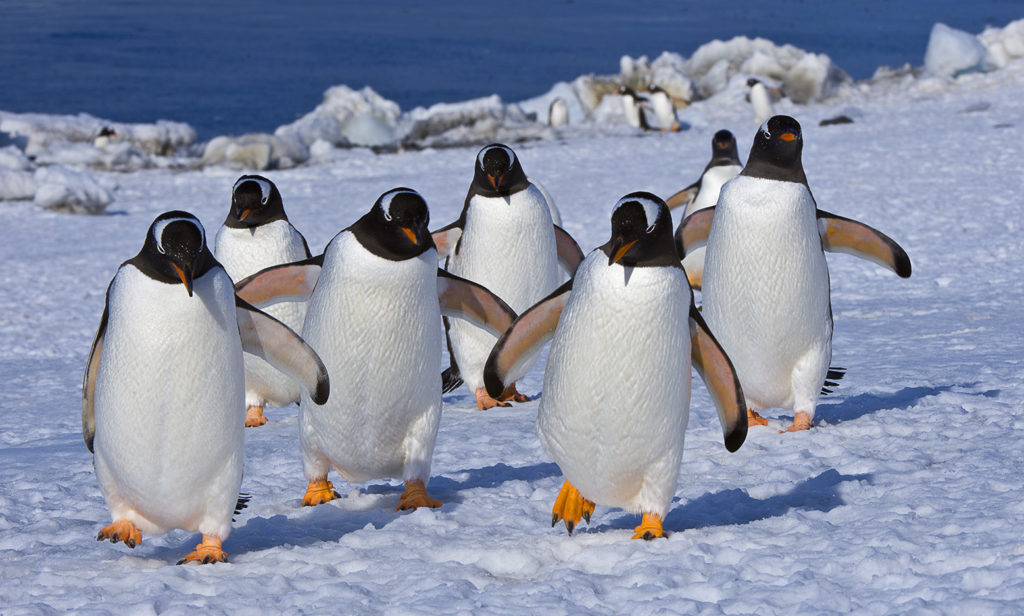 THERE IS TIME, BUT NOT A LOT, TO ACHIEVE TURNING – NOT TIPPING – POINTS.  The Antarctic Climate Expedition in 2023 is aimed at making a difference toward this goal.

The Arctic is losing ice as global temperatures rise, and that is directly affecting lives and triggering feedback loops that fuel more warming. But the big wild card for sea-level rise is Antarctica. The new study also revealed if emissions continue at their current pace, by about 2060, the Antarctic ice sheet will have crossed a critical threshold and committed the world to sea level rise that is no longer reversible on human timescales. By then, it will be far too late to reduce carbon dioxide emission, as at that point, any action won’t stop the ice loss, and by 2100, the sea level could be rising more than 10 times faster than today. 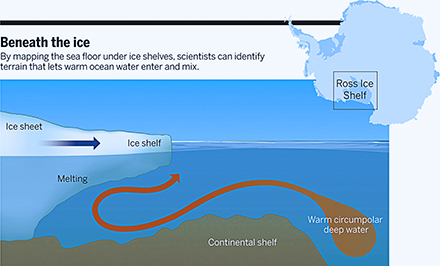 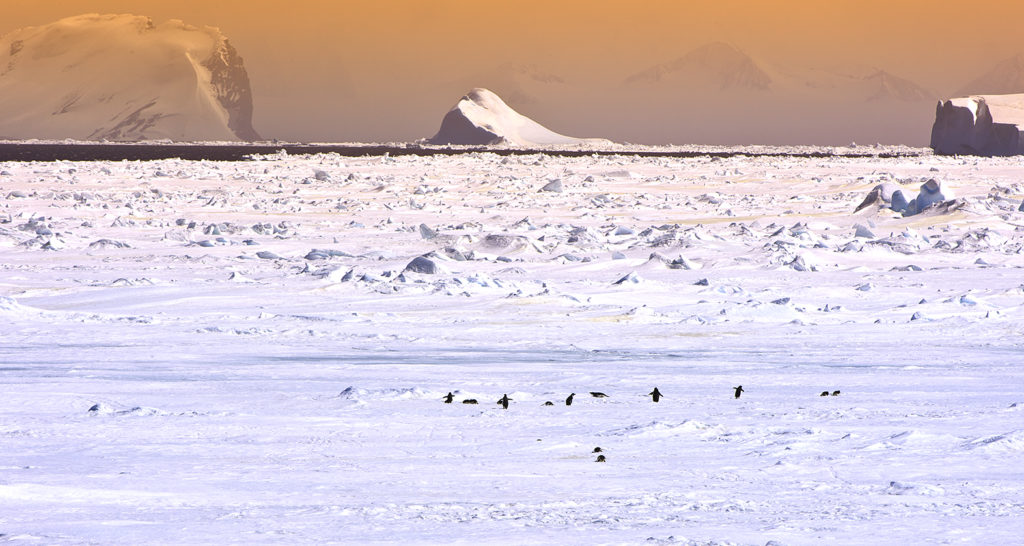 Antarctica has several protective ice shelves that fan out into the ocean ahead of the continent’s constantly flowing glaciers, slowing the land-based glaciers’ flow towards the sea. But those protective shelves are thinning, and many have broken off as warmer water moves in from beneath. As these enormous ice shelves break up, they expose towering ice cliffs that may not be able to stand on their own. There are two potential instabilities at this point. Parts of the Antarctic ice sheet are grounded below sea level on bedrock that slopes inward toward the centre of the continent. Warming ocean water can eat around their lower edges, destabilizing them and causing them to retreat downslope rapidly. Above the water, surface melt and rain can open fractures in the ice. When the ice cliffs get too tall to support themselves, they can collapse calamitously, accelerating the rate of ice flow to the ocean.

As we know now about THE IMPORTANCE OF ANTARCTICA, it is clear that this continent WILL DETERMINE THE STATE OF OUR PLANET and WHERE TODAY’S CHILDREN, AND THEIR CHILDREN, WILL LIVE.

The study used computer modelling based on the physics of ice sheets and found that above 2o C of warming, Antarctica will see a sharp jump in ice loss, triggered by the rapid loss of ice through the massive Thwaites Glacier. This glacier drains an area the size of Florida or Britain and is the focus of intense study by U.S. and U.K. scientists¹. To put it into context, the planet is on track to exceed 2oC warming under countries’ current policies ². (Fig 1)

However, most projections do not account for ice cliff instability and generally arrive at lower estimates for the rate of sea-level rise. While much of the media coverage that followed the new paper’s release focused on differences between these two approaches, both reach the same fundamental conclusions: The magnitude of sea-level rise can be drastically reduced by meeting the Paris Agreement targets, and physical instabilities in the Antarctic ice sheet can lead to a rapid acceleration in sea-level rise.

Another study, led by Robert DeConto, David Pollard, and Richard Alley, is one of the few that looks beyond this century. It shows that if today’s high emissions continued unabated through 2100, sea-level rise would explode, exceeding six centimetres per year by 2150. By 2300, sea level would be 10 times higher than it is expected to be if countries meet the Paris Agreement goals. A warmer and softer ice sheet and a warming ocean holding its heat for centuries all prevent refreezing of Antarctica’s protective ice shelves, leading to a very different world. 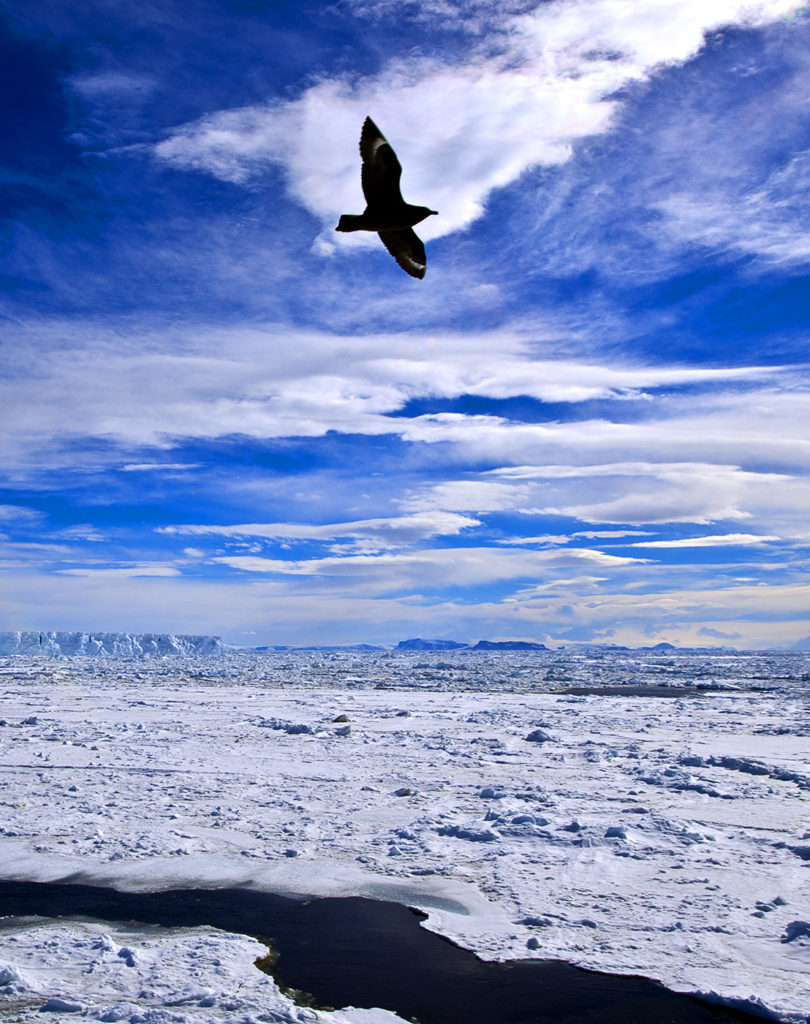 THE NATURE OF EARTH IS GOVERNED BY ITS UNIQUE FABRIC OF LIFE.  It has taken four and a half billion years to shape barren rocks and water into the vibrant planet suitable for life as we know it, and about four and a half decades to destroy the very systems that make our existence possible.

Ocean and polar scientists have three important messages to highlight about Antarctica. First, every fraction of a degree matters. Second, allowing global warming to overshoot 2oC is not an option for coastal communities or the global economy. The comforting prospect of technological fixes allowing a later return to normal is an illusion that will leave coastline metres underwater with devastating economic impacts. Thirdly, policies today must take the long view because they can have irreversible impacts on Antarctica’s ice and the world.

A fourth message is coming into sharp focus.  The nature of Earth is governed by its unique  fabric of life.  It has taken four and a half billion years to shape barren rocks and water into the vibrant planet suitable for life as we know it and about four and a half decades to destroy the very systems that make our existence possible.

The living  ocean drives climate and weather, shapes planetary temperature, governs Earth’s chemistry and provides home for the greatest abundance and diversity of life.  Like trees and other vegetation, phytoplankton in the waters surrounding Antarctica are critically important to capturing carbon from the atmosphere, conveying carbon and nutrients to animals that in turn form the basis of vital food webs – and carbon sequestration.

ANTARCTICA IS ON TRACK FOR A CLIMATE TIPPING POINT BY 2060, with catastrophic melting if current carbon emissions are not reduced swiftly, coupled with vigorous actions to restore and protect vital natural carbon-capturing systems.

Since its discovery in 1820, Antarctica’s wildlife has been exploited by many nations, initially seals, penguins and whales.  Mammals and birds are now protected in Antarctica by internationals agreements, but krill, fish and other sea creatures are being extracted on an industrial scale, undermining Antarctica’s role in carbon capture and sequestration that in turn affects climate.  The loss and recovery of “blue carbon” are topics now being recognized as vital climate crisis concerns.

It is clear that the importance of Antarctica will determine the state of our planet, and where today’s children and their children will live. To explore climate crisis solutions relating to Antarctica, Dr Sylvia Earle is calling on those with skills, knowledge and passion about safeguarding Earth’s future to convene on an expedition to Antarctica, with Ocean Geographic, Mission Blue, and other partners in February of 2023

Aboard the Aurora Expeditions’ newly launched ship that bears her name, Dr. Earle will encourage participants to imagine the world in 2030, 2060, and beyond, and to   individually – and together—commit to actions aimed at averting climate catastrophe and achieve a harmonious relationship with nature, while there is still time.

Special focus will be on securing enhanced protection for life in the turbulent waters that surround the Antarctic continent, and to consider the importance, and fate, of newly-discovered communities of deep-sea corals, sponges and many other organisms that thrive in darkness from the under surface of the ice shelves to the ocean bottom thousands of meters below.

By assembling a diverse cross section of thought leaders from scientists and artists, educators and economists, to inquisitive teenagers and seasoned executives, in a shared immersive Antarctic experience, creative solutions to urgent climate problems will be anticipated – and acted upon.

There is time, but not a lot, to avert a tipping point and instead a turning point from a dire situation.  The Antarctic Climate Expedition in 2023 is aimed at making a difference toward this goal.

*The Conversation – the Antarctic is Headed for a climate tipping point by 2060 https://bit.ly/3cX9WGZ