Covid restrictions for the past year and a half-afforded time for me to complete curating and supervising installation for three exhibits: The Current Flows: Water in the Arid West with Colleen Miniuk’s photographs and text; Ansel Adams Polaroid Teaching Aid Panels; and Ansel Adams Portraits: By and Of; and one major exhibition, Vital Waters, a sequel to Fragile Waters which toured USA four years in seven venues (museums) and was viewed by 250,000 visitors. (Fragile Waters was an antidote response to the tragic British Petroleum (BP) crude oil disaster Deep Water Horizon in the Gulf of Mexico in 2010. I was dismayed with the use of chemical dispersants and the inaccurate reporting, thought it important to try to communicate through a combination of art and science, to gently engage the support of a healthy sustainable environment and policies that thwarted future environmental mishaps. A fellow reviewer and I decided that I would conceive and design the exhibition and she would take care of administration. Fragile Waters was a great success. And, because of my concern for the fragile nature of democracy in the USA, I made a poster Common Sense and Governance. Thus, my “quiet time” was not wasted. 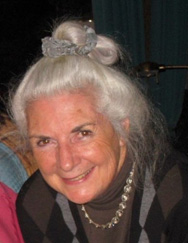 My more global vision began with almost a year of travel in Europe with a skiing friend when I had just turned 20. History and political science were my undergraduate majors. My secondary education certificate is from Stanford and 32 years later I was allowed to return to school and finally received an MA in Education. In St. Louis when my husband was studying medicine at Washington University I taught history and civics. We then moved to Washington, DC, and to Bitburg, Germany (where Michael was a dual-qualified fighter pilot and a physician, Chief of Aerospace Medicine). Upon returning to California in 1971, I operated 119-year-old business, Best’s Studio, Inc., dba. The Ansel Adams Gallery is third generation of the Best/Adams family. Although my own family was mostly economists, I knew nothing about running a business, but taught myself and learned very successfully. I am an innovator and advocate. The usual retail functions of buying, budgeting, personnel, equipment, etc. Because of its location in Yosemite, housing, facilities management, absentee ownership, negotiating with National Park Service, Department of Interior (as a lone woman in the 1970s), public service programs for visitors; and creative photography workshops that Ansel Adams began in 1940 were added as essential to its operation. Ansel and I worked together with design and operation of the creative photography workshop program (of worldwide fame). Rochester Institute of Technology and Eastman Kodak asked me to design and implement an international symposium on the teaching of photography for professors of photography in Rochester, NY. That was very successful, and an opportunity to get some of our wonderful West Coast photographers to NY for two weeks.

My volunteer work: a lifetime of public service in higher education, low-income housing, art, and environmental boards, trustee of University of California Press Foundation, President’s Advisory Council of California State University, Fresno; chaired a Fresno City and County Task Force for Multi-Family, Low Income Housing; served as a Housing Authority Grievance Hearing Officer for 15 years; was the informal citizen liaison to the California Resources Agency the eight years Douglas P. Wheeler was Secretary and Pete Wilson Governor; was a founding board member of the new campus University of California, Merced. I still serve on the Yosemite Conservancy Council; I started with its predecessor, the Yosemite Natural History Association with my mother-in-law Virginia Adams, perhaps before Michael and I were married almost 60 years ago. I enjoy my membership in the Society of Woman Geographers. Recently I resigned from 40 years of membership in the Metropolitan Club of San Francisco. All the while, I was wife, mother, hostess, and business woman. After retirement I have been curating cause-related exhibitions, traveling, painting plein air watercolor, connecting people. I have not been to Antarctic, know of it most from my friendship with my friend photographer Ernest Brooks. (Ernie Brooks gave me all his gelatin silver prints, expected me to know best what to do with them). Next year my husband and I will join an archaeological trip on a small ship from Alaska to Siberia, which touches in the southern reaches of the Arctic Circle. I look forward to this amazing opportunity to go with the Antarctic Climate Expedition 2023!