Don Walsh is president of International Maritime Incorporated. A career naval officer, he served onboard San Diego-based submarines and commanded one in 1968.

From 1959 to 1962, Walsh was officer-in-charge of the bathyscaphe Trieste at the Navy Electronics Laboratory in San Diego. In January 1960, he and Jacques Piccard dove Trieste to the deepest place in our ocean: over 35,800 feet deep. In 1975, Walsh retired to become a professor of ocean engineering at the University of Southern California. There he founded the Institute of Marine and Coastal Studies. He left USC in 1984.

Walsh has authored over 200 ocean-related publications, from brochures to book chapters. Since 1959, he has spoken about his work in over 1,700 public programs—including lectures, television, and radio—in 64 countries. Walsh has participated in diving operations with over 24 manned submersibles, piloting seven of them. He has also been active in the design, manufacture, and operation of manned and unmanned submersibles.

For the past four decades, Walsh has worked in the Arctic and Antarctic regions, making three trips to the North Pole and one to the South Pole. To date, he has participated in over 70 polar expeditions. His first Arctic expedition was in 1955; his first Antarctic expedition was in 1971. From November 2002 to February 2003, he circumnavigated Antarctica onboard a Russian icebreaker. It was only the 11th time this voyage had been made. The Walsh Spur ridge near Cape Hallett is named after him, in recognition of his contributions to the U.S. Antarctic Program.

In February 2001, Walsh was elected to the National Academy of Engineering for his contributions to deep-sea engineering. He received the Explorers Club Medal from the Explorers Club in 2001. That same year the French Jules Verne Adventures organization awarded him its “Etoile Polaire” medal celebrating “The Greatest Explorations of the 20th Century.” In 2010, Walsh was awarded the National Geographic Society’s highest award, the Hubbard Medal.

Walsh was educated at Annapolis (B.Sc.), Texas A&M University (M.S. and Ph.D.), and San Diego State University (M.A.). He also spent 14 months as resident fellow at the Woodrow Wilson International Center for Scholars at the Smithsonian. Currently he is a courtesy professor at Oregon State University. 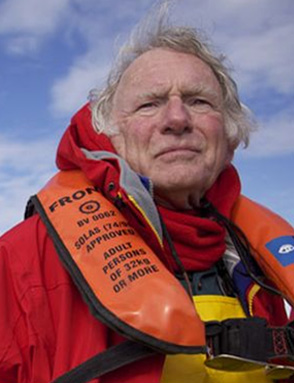