Tom Gruber is an AI product developer, inventor, designer, humanist, and ocean advocate. He was co-founder, CTO, and head of design for the team that created Siri, the first intelligent assistant for everyone. In 2010 Siri was purchased by Apple and remains central to the user experience of all Apple products. Today, Siri is used more than 25 billion times a month in dozens of languages around the world.

Tom’s professional career spans four decades, from graduate school during the classical AI period, through research at Stanford during the dawn of the Web, through founding a series of companies, to his present incarnation as a speaker, writer, and impact advisor. Throughout his career, Tom has pursued the question of how technology can help us live better lives. Applying ideas from artificial intelligence, cognitive science, and design, Tom’s work explores how connecting people and machines can foster collaboration, learning, knowledge sharing, and getting things done. Many of the innovations Tom created or influenced are taken for granted today, woven into the pattern of our digitally mediated lives.

As a speaker and writer, Tom advocates for what he calls Humanistic AI: Artificial Intelligence that augments and collaborates with humans, vs. competing with or replacing them. Leveraging his decades in AI development, Tom offers guiding principles and practical advice about how to make ethical choices when applying this powerful technology. In his main stage TED talk in 2017, Tom introduced the guiding philosophy of Humanistic AI. He shared his vision for a future where AI helps us achieve superhuman performance in perception, creativity, and cognitive function. 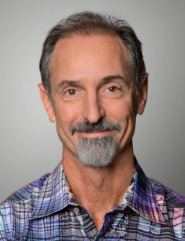 A driving force in Tom’s work has been applications that augment human intelligence, individually and collectively. People need better ways to communicate, remember, learn from each other, and access the world’s knowledge. If you use Siri on your phone, learn from a threaded discussion on the Web, collaborate with colleagues in a virtual workspace, or use a computer to help you speak, it is likely that Tom helped invent it, influenced its development, or was designing an early version of it before it entered the mainstream.

As a serial entrepreneur, inventor, and designer of AI applications, Tom reached a career milestone with the sale of Siri to Apple in 2010. He stayed on to lead the Advanced Development Group, where he could explore dozens of new product ideas. After eight years at Apple, Tom “retired” to pursue Impact Advising, investing his time and expertise to maximize human impact.

Tom uses the guiding principles of Humanistic AI to curate his advisory portfolio. The companies and organizations he advises all use AI to augment humans for the benefit of society. From alternative gaming applications that optimize for self-care and compassion to a wearable headset that allows you to speak with your brain, the products of these companies show how Humanistic AI applications can be instrumental in our ability to understand ourselves and our environment.

Tom is presently co-founder and CTO of LifeScore, which is creating a new way to experience music. Adaptive music is dynamically composed and produced as it plays, which allows it to adapt to contexts, personal needs, and the state of the listener.

For Tom, conservation photography is both a creative passion and an essential mission. He is privileged to travel around the world to dive in places where marine life still thrives. Through the medium of underwater photography and video, he hopes to create empathy and connection with the natural world. As a technologist and entrepreneur, he’s working to ignite a change in global awareness, and a fundamental shift in the way we view our relationship with the ocean.

Above all, Tom is a humanist who believes in the potential of technology to support human collaboration and knowledge sharing and have a positive influence in the world. He’s dedicated his life as an innovator, artist, and entrepreneur to advocating for the ethical use of technology that enhances our lives and protects the environment that sustains us.